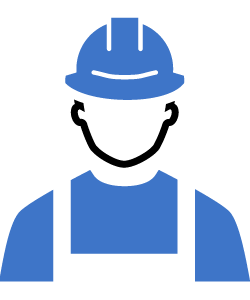 You always want to have pretty clear plans before starting the rebuild process officially, and that starts with first analyzing the damaged parts of the hydraulic cylinder. It could be structural issues with the piston or maybe one of the seals is coming off and causing performance issues. Once you make note of every major problem with the hydraulic cylinder, you can lay out rebuild plans that will get the hydraulic cylinder restored to where it works like new again. Initial assessment leads to concrete plans, ultimately helping you work both smarter and faster.

Rebuilding a hydraulic cylinder will not be free. It's a more affordable option than replacing the hydraulic cylinder with a new one, but costs will still impact this project. You need to be aware of them so that you know how to properly budget early on in the rebuild. Once you have an idea of the cylinder's problems, you should have a pretty easy time calculating the costs of the rebuild. You'll just want to take into account the material costs and costs of any professional labor that is involved. It may be required if you can't approach the rebuild entirely on your own.

You don't just want to rebuild a hydraulic cylinder anywhere. Instead, you want to be tactful with the repair station and make sure it's primed so that the rebuild can be done as quickly as possible and with great results. Choose a location that gives you access to relevant tools that will be needed in this rebuild. You also want the repair station to be off the ground and ideally around the upper waist. You then won't be forced into hunching over throughout the rebuild and potentially injuring your back. You'll instead work comfortably and have all relevant tools nearby for a smoother rebuild.